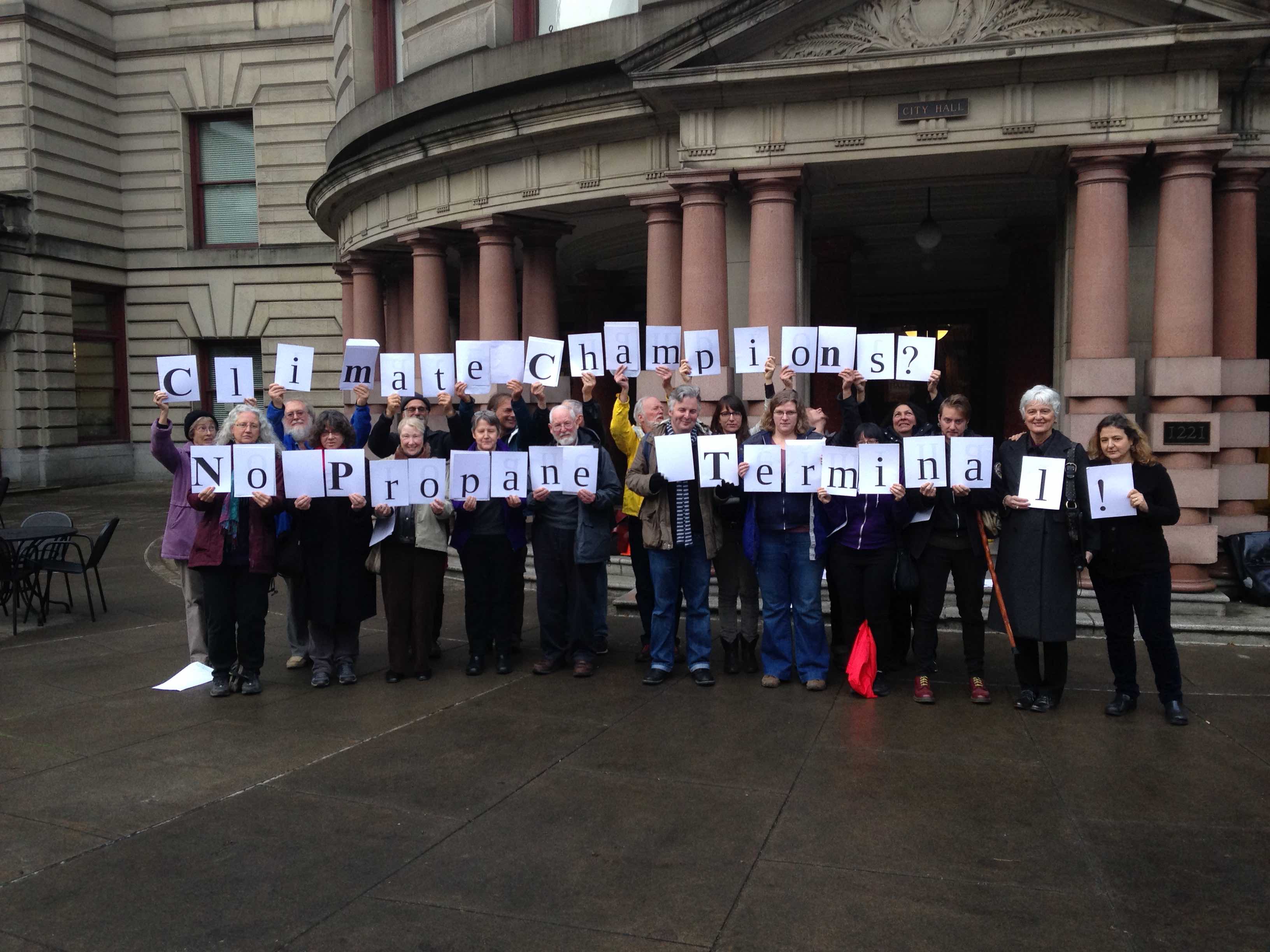 At the end of a marathon six hour public hearing on April 7th, the City of Portland Planning and Sustainability Commission approved a code amendment that paves the way for a proposed propane export terminal on the Columbia River. But the Portland City Council will have the final say on the Pembina code amendment.

With a positive recommendation from the Planning and Sustainability Commission it is critical that the City Council hear from you.  We don’t know the timeline for the City Council’s decision and that’s why hearing from you sooner, rather than later, is best.  A phone call is more effective than an email.  Tell the City Council you do not agree with the Planning and Sustainability Commission’s recommendation on Pembina’s propane export terminal code amendment.  Also, share your concerns that Pembina’s conflicts with the Climate Action Plan and public safety.

Not the Breakfast of Climate Champions!