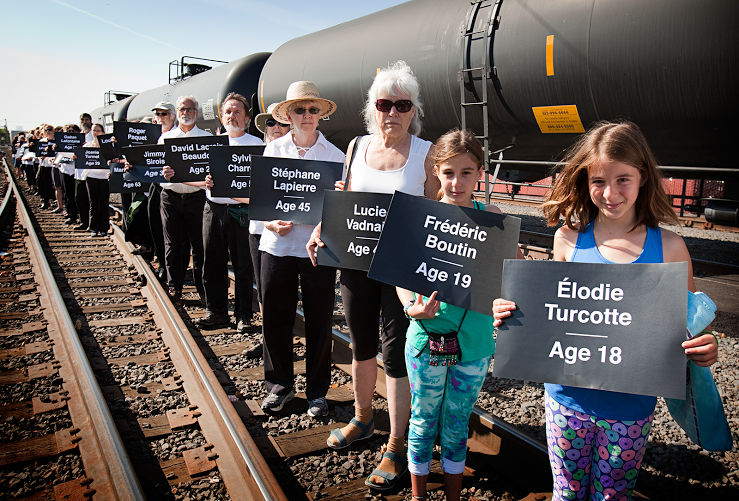 Faith, environmental and community members blocked the tracks into an oil transfer and storage facility in NW Portland for an hour Monday morning.  Portland’s Climate Action Coalition sponsored the blockade at Arc Logistics for a memorial service on the two-year anniversary of the oil train derailment that killed 47 people in Lac-Mégantic, Quebec. 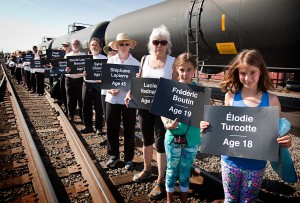 The 60 participants in the memorial service held signs with the name and age of each person who died from the derailment’s massive explosion, which destroyed more than three dozen buildings in the Lac-Mégantic downtown.  The unattended runaway train derailed and two dozen oil cars exploded in the middle of the night on July 6, 2013.  The disaster is the most deadly explosion so far of oil from the new fracking development in North Dakota’s Bakken field, which holds an especially volatile mixture of oil and gas.  Bakken oil is now regularly moved through Portland and Southern Washington.

For the unprecedented memorial blockade, Reverend Kate Lore, social justice minister at First Unitarian Church, Reverend Jayna Gieber of People of the Heart, and community organizer Bonnie McKinlay spoke to honor the lives lost in Lac-Mégantic and to call attention to the safety risks and climate damage created by the fossil fuel industry.

The Climate Action Coalition staged the memorial at Arc Logistics to call attention to the local and global risks from oil trains and climate change. “It’s corporate greed versus the common good, whether its rail safety or climate change,” said long time activist Lowen Berman.  Today’s action coincides with others across the United States and Canada for “The Oil Train Week of Action,” a project sponsored by Forest Ethics and 350.org.

Oil trains travel weekly through North Portland to get to Arc Logistics. The Climate Action Coalition is calling for an end to fossil fuel development and an immediate 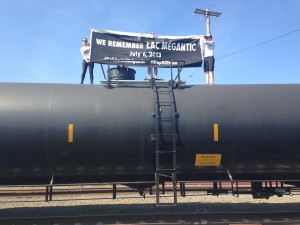 transition to a renewable energy and an economy that values people and planet over profit.

After the memorial, activists with PDX Bike Swarm and PDX Valkyries unfurled a banner on top of a parked oil car reading, “We Remember Lac Mégantic, July 6, 2013 #SolidaritéMégantic #StopOilTrains.”

More photos from this action: 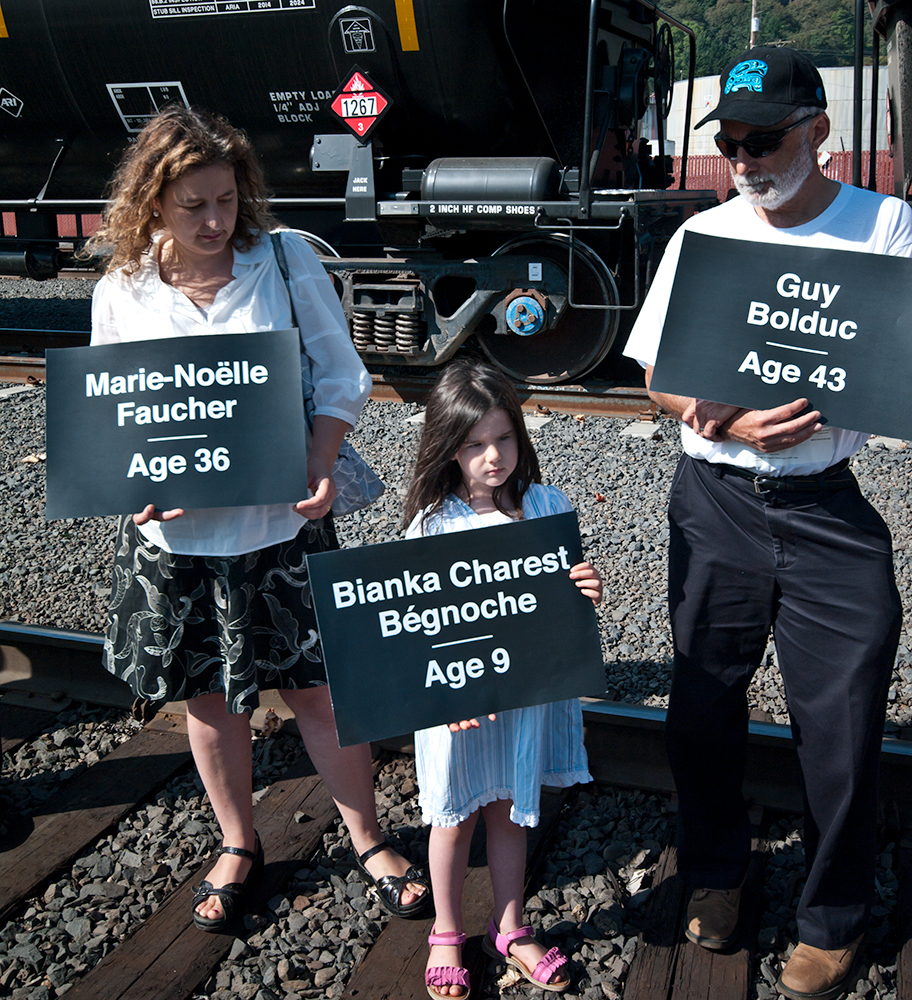 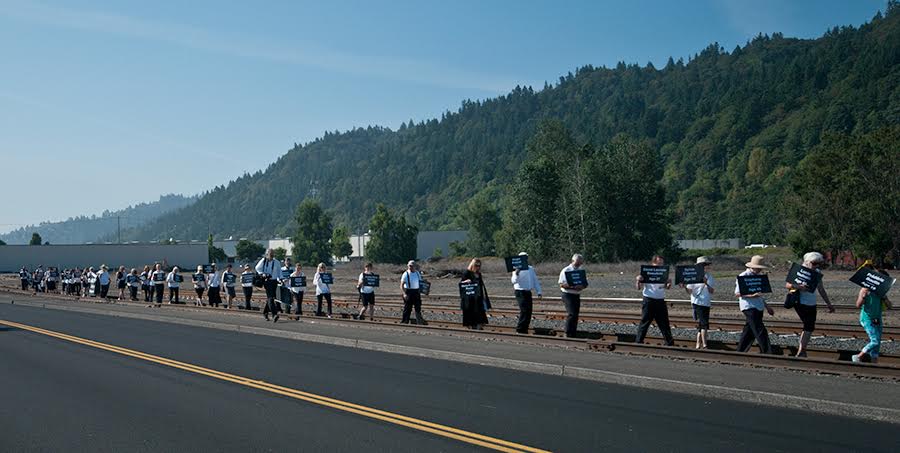 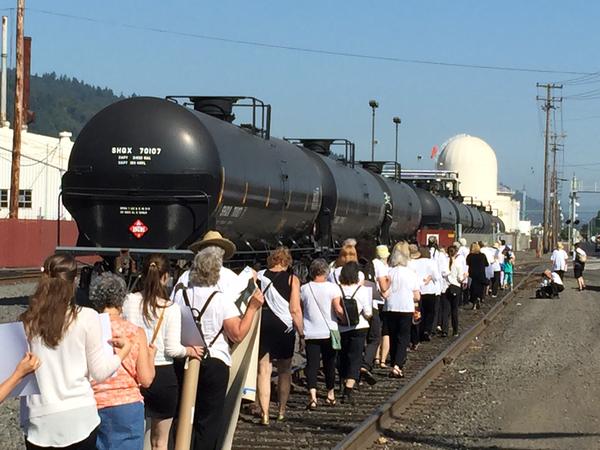 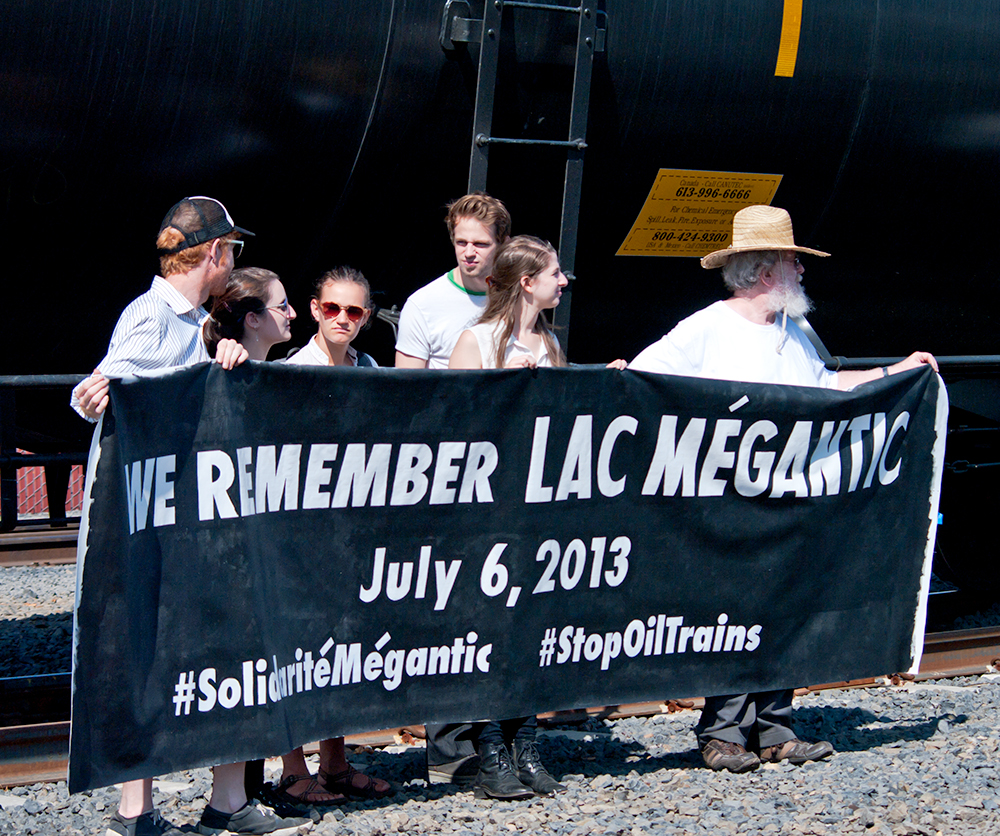 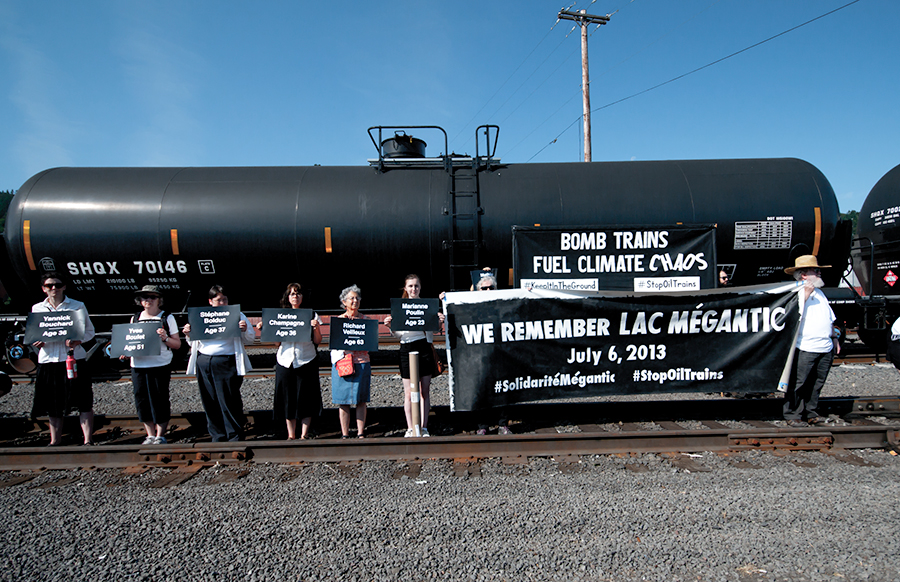