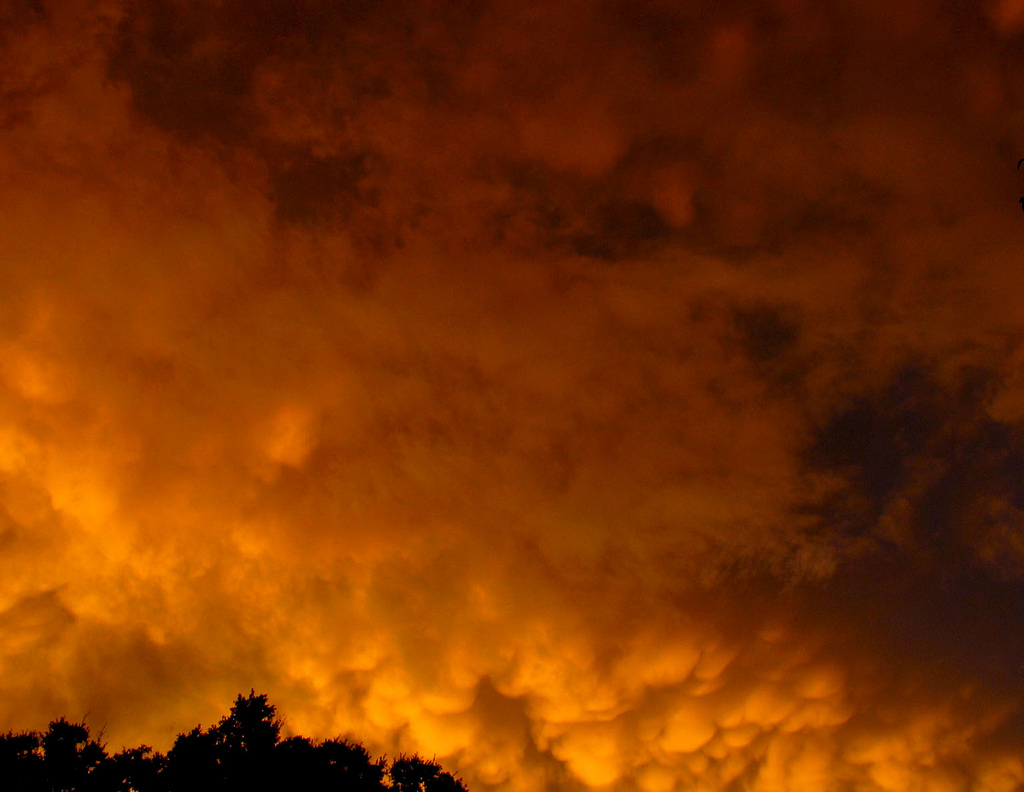 This one in New Brunswick:

A Canadian National Railway Co. (CNR) train carrying crude oil and propane derailed in the eastern province of New Brunswick and sparked a blaze that was still burning more than 12 hours after the accident.

A helicopter is being brought in today to pinpoint what is ablaze in the wreckage of the 122-car train that jumped the tracks… There are 14 cars and a locomotive in the fire zone, Feeny said.

About 50 to 60 people were evacuated in a two-kilometer (1.2 mile) radius of the accident…

When oil trains explode or catch fire, they are incredibly dangerous. In New Brunswick, for example, it took emergency responders about half a day just to get aerial surveillance of the wreckage and figure out how to safely get ground crews near the accident. Normally, there is little fire fighters can do to extinguish the blaze; the response is generally to try to evacuate the vicinity and let blaze burn itself out.

No one was injured or killed in this latest incident, thank goodness, but the mishap is more evidence that loaded oil tanker cars are ticking time bombs. Trains carrying Bakken crude are now rolling through small towns and major cities every day. And when they explode in a place where people live—as happened in Quebec—the result is awful: dozens of people incinerated and whole city blocks leveled.

The consequences of another oil train explosion in an urban area is chilling to contemplate. It could happen in Belltown or Burlington, Spokane or Sprague. The oil trains are in our neighborhoods already.

This post is 14 in the Sightline series: The Northwest’s Pipeline on Rails