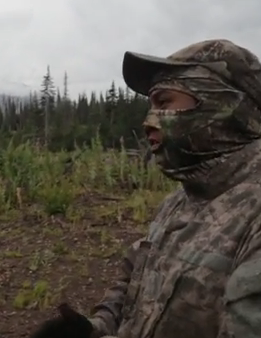 An online video shows Wet’suwet’en protesters from the Unist’ot’en Camp peacefully evicting several TransCanada contract pipeline workers from their traditional Aboriginal territory on Tuesday.  The region is where First Nations have been intensifying “direct actions” against several multi-billion-dollar pipelines for oil and LNG export for months now.

“Your equipment will be confiscated if you try to return,” said an unidentified masked man, as he approached a company helicopter.

“You know TransCanada is not allowed on the territory, right?” he also asked other crews on patrol.

Camp members believed the workers had come to work on Coastal Gaslink, a 650-km natural gas pipeline that TransCanada plans to build for the $12-billion “LNG Canada” terminal in Kitimat, proposed by Shell, PetroChina, Korea Gas and Mitsubishi.

The 22,000-kilometre territory of the Wet’suwet’en First Nation — where the camp is based — is highly strategic, and poses a bottleneck for pipelines.
( Full Article Here )

Scores of climate justice activists are staging a blockade on Monday to thwart construction of the first tar sands mine in the United States—a project they say will cause irreparable damage to water and land.

According to a statement from Utah Tar Sands Resistance, roughly 80 people are involved in the action, some of whom have locked themselves to equipment and are being processed for arrest.

The plans for the extraction in the Book Cliffs of Utah in an area located just outside the Northern Ute Ouray Reservation by Calgary-based US Oil Sands have drawn years of resistance from land defenders.

“US Oil Sands perfectly demonstrates capitalism’s brazen disregard for the climate crisis, human and tribal rights and rights of the planet itself to be free of dangerous corporate parasites,” stated Jessica Lee, a spokesperson for the climate justice groups.

Follow tweets from Utah Tar Sands Resistance below to see the action continue to unfold: @tarsandsRESIST

Portland resident Irene Majorie, 22, locked herself to a 55-gallon barrel filled with concrete that was placed on the railroad track leading into the facility. Train cars enter from a nearby yard to offload oil into 84 storage tanks, before it is piped onto oceangoing ships bound for West Coast refineries. Over a dozen supporters joined her at the site.

Majorie’s arm was locked to a piece of metal rebar embedded in the concrete. She was cut out of the barrel by the Portland Police and arrested after successfully blockading the tracks for four hours. Immediately after her removal a train engine approached oil cars nearby on the tracks demonstrating the effective blockage of the oil transport during that time.

“This is about stopping the oil trains,” said Majorie. “But beyond that, it is about an industry and an economic system that places the pursuit of profit before the lives and relationships of human beings seeking survival and nourishment, and before the communities, ecosystems, and planet of which we are a part.”

Oil trains are coming under increasing scrutiny recently owing to their propensity to derail in fiery explosions. Portland Rising Tide, however, disputes the notion that an oil train is ever safe, since crude oil is only transported to be burned. Whatever the risk of explosion, the guaranteed result is a worsening of the climate crisis, which is already wreaking ecological havoc and claiming human lives.

US crude oil production has risen from ~5 million barrels per day in the late 2000s to ~7 million barrels per day currently. Increased extraction is North Dakota’s Bakken Shale has resulted in a dramatic rise in oil train traffic, with 250% more oil trains traveling Oregon rail lines in 2013 than in the previous year. Governor Kitzhaber has expressed “deep concern” about oil trains but thus far done nothing to stop them.

“Society should be engaged in a rapid, radical decline in fossil fuel use,” said David Bennett. “Instead, policymakers—even those who claim to understand the magnitude of the climate crisis—are forcing us to engage in an absurd conversation about creating ‘safe’ oil trains and building more fossil fuel infrastructure.”

The ArcLogistics terminal, which began operation in January, is one piece of infrastructure facilitating increased oil production. When ongoing construction is completed, the facility will have the capacity to transport 16,250 barrels of oil per day.

In April, Portland Rising Tide entered the Oregon Department of Environmental Quality’s offices in downtown Portland, issued termination letters to employees at their desks, and announced the formation of a new People’s Agency, which would carry out DEQ’s mandate free of corporate influence. This is the first enforcement action of the nascent agency.

“If our policymakers listened, we would demand an immediate halt to oil train traffic in Oregon and the closure of all crude oil terminals,” said Emma Gould. “Since they don’t, we’re halting oil trains ourselves.”

Ahmed Gaya of Seattle Rising Tide explains why no oil train is safe: 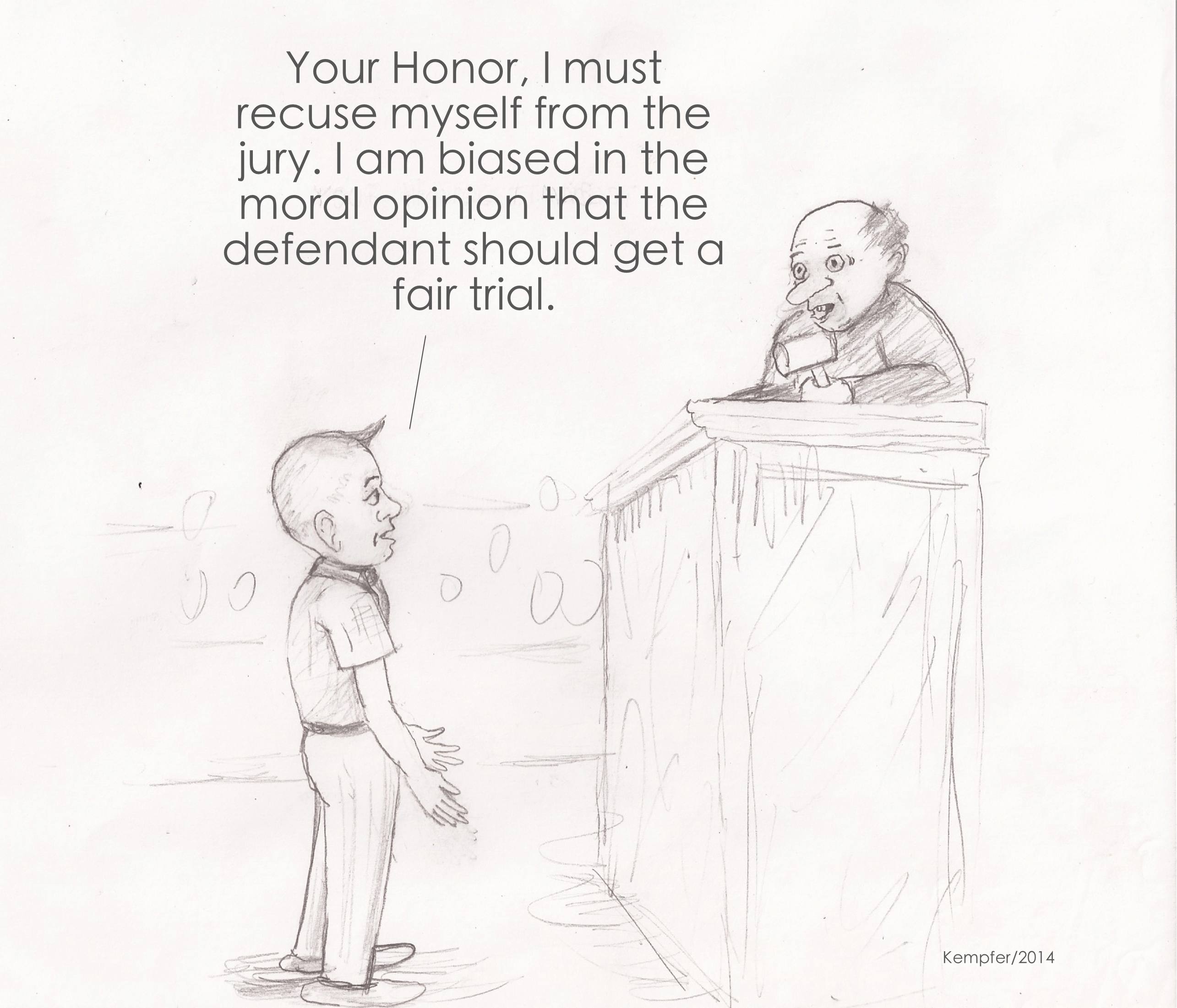 This recent decision by the Oregon Land Use Board of Appeals (LUBA) goes in the Lily Tomlin “no-matter-how-cynical-you get-you-can’t-keep-up” file, right next to the various Oregon and US Supreme Court rulings that campaign money is the same thing as free speech. As reported in this story by The Oregonian, LUBA has invalidated the Clatsop County Commission’s decision to deny a permit to a 41-mile segment of pipeline that will feed the Oregon LNG export terminal. Why? Because Commissioner Peter Huhtala was found to have been an active opponent of LNG projects in Clatsop County before he was elected.

So climate justice activists, if you ever happen to get the urge to run for a county commission seat or any other elected office in which you might be involved in making land use decisions, be sure to recuse yourself from voting on all decisions that involve anything regarding transporting, producing, or burning fossil fuels. You are immediately disqualified by the fact that you are informed about our situation as a global society and know that we must stop producing and consuming fossil fuels by around 1985 (Oops! We better get going on this one.), and actively oppose fossil fuel projects on the grounds that it might be immoral to deny the future of life to other humans and other species by burning down the entire biosphere with fossil fuels. Of course, this assumes that in the process of running for office, your moral inclinations are not somehow tempered by the bundles of “free speech” donated to your campaign by individuals and companies who profit grandly from those same fossil fuel projects on which you’ll be making decisions. In that case, Mr/Ms Commissioner, Mayor, Representative, Congressman, Senator, Judge, President, whoever you are, as PRT organizer Jonah Majure says, “you’re good to go!” 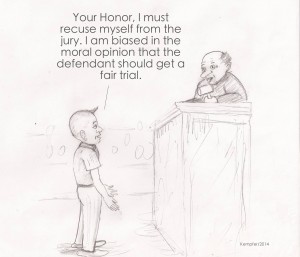 This was TOD’s third foray into public with the intent of alerting citizens to the connection between the proliferation of oil trafficking in the Northwest and impending catastrophic climate change.

TOD’s quick-witted designers and engineers, Mr Wes and Mike H, skillfully disassembled and reconstructed the tanker in about an hour and a half and got it rolling again, but not before the day’s festivities were almost over.

No injuries were reported and no harm to rivers, streams, or local water supply appeared to occur.

The Vancouver city council voted 5-2 Monday evening to oppose the Tesoro/Savage oil terminal at the Port of Vancouver. Read about all the details here in this OPB article.

But there’s still a lot of work to do.  The City Council does not have the final word. Based on recommendations of the Energy Facilities Siting Council of Washington State (EFSEC), the decision whether or not to build the terminal rests in the hands of Governor Jay Inslee and, ultimately, the public.

Furthermore, many politicians frame oil-by-rail, and related projects such as this one, merely as safety issues.  And, they certainly are. However, they stop short of acknowledging the impact that the recent rapid increase in oil-by-rail will have on the climate. In that regard, there is no such thing as a safe oil train.

Check this site frequently for actions you can take to stop the transport of fossil fuels through the Pacific Northwest.

There’s yet another delay in the permitting process for the Morrow Pacific coal export project. But this time it’s not at the request of project developer Ambre Energy of Australia.

In an e-mail Friday morning, Oregon Department of State Lands spokeswoman Julie Curtis reported that this time her agency asked the company for a deadline extension on its permitting decision to Aug. 18. The state and company agreed to the delay yesterday –- just two days before a May 31 deadline issued by Oregon Gov. John Kitzhaber.

“The main reason for this is because the Department needs further information regarding fisheries affected by the proposed terminal, as well as other information to complete our analysis of the project,” the e-mail says.

The Morrow Pacific project would transport coal from Wyoming and Montana to Asia via the Columbia River. The coal would be delivered by train to the dock site in Boardman, Oregon, where it would be transferred to barges on the Columbia River. The project needs a permit from the DSL to build that dock, but that permitting decision has been delayed numerous times.

The latest delay follows a protest last week where members of the Yakama Nation went fishing at the proposed dock site. The protest struck at the heart of Ambre Energy’s argument that its dock wouldn’t interfere with fishing on the Columbia River.

DSL rules say the state can issue a permit for the dock as long as the action would not “unreasonably interfere” with preservation of water for navigation, fishing and public recreation.

Curtis says her agency will be gathering more information until June 30 and the company will have until Aug. 1 to respond to any questions from the state. After that, the agency will analyze the information and make a permitting decision.

The agency will not be collecting any more public comments on the permit, Curtis noted in her e-mail:

“The Department believes that the more than 25,000 comments already received are adequate to understand the public’s general concerns about the project.”

March 29, 2014 — OPB —  Amelia Templeton —  A proposal to export liquefied natural gas from a terminal at the mouth of the Columbia River has hit a major setback this week.

Oregon courts have affirmed that it was legal for Clatsop County in 2011 to reverse its position on a pipeline connected to the project.

A 121-mile pipeline would have connected the Oregon LNG terminal in Warrenton to an existing pipeline terminus in Molalla, passing through through 41 miles of agricultural land, forest and estuary in Clatsop County.

The county commission conditionally approved the pipeline’s application in 2010, but a new group of commissioners took office in 2011 and withdrew that approval. The new commission drafted findings that the pipeline did not comply with its coastal land management plan.

But before the commissioners could make a final decision, Oregon LNG appealed, saying the county was not allowed to flip-flop.

Now the state Supreme Court has refused to hear the company’s appeal.

Commissioner Scott Lee says he expects the county to formally reject the pipeline’s application soon, and he expects Oregon LNG to appeal that decision.

“You know one of the largest corporations in the world is going up against a small, rural county in Oregon. We expect them to continue their pattern of behavior as it were.”

This week, the Elders Circle of the 40-Year Sovereign Dineh Nation Resistance are hosting a spring training camp on Big Mountain to build alliances across the continent and resist resource extraction.

This year marks the 40th year of Indigenous resistance by the Diné (Navajo) communities of Big Mountain and Black Mesa, Arizona to forced relocation off of ancestral homelands due to Peabody Coal’s massive strip mining.

Last week, 11 activists put their bodies on the line at Peabody’s shareholder meeting to hold them accountable for the monstrous acts they’ve committed against communities from Arizona to America’s heartlands.