Salem, OR: Activists with the group Portland Rising Tide showed up at the Clean Energy Jobs lobby day with a banner that read, “World on Fire, CEJ Brings Garden Hose.” Hundreds of climate activists from across Oregon gathered in Salem to lobby for climate action, including volunteers with Portland Rising Tide who are calling for a Green New Deal. As Democrats are poised to pass the Clean Energy Jobs bill with support from Big Green Organizations, grassroots activists are calling on Democrats to dramatically reform the bill or abandon it and pass stronger legislation instead. 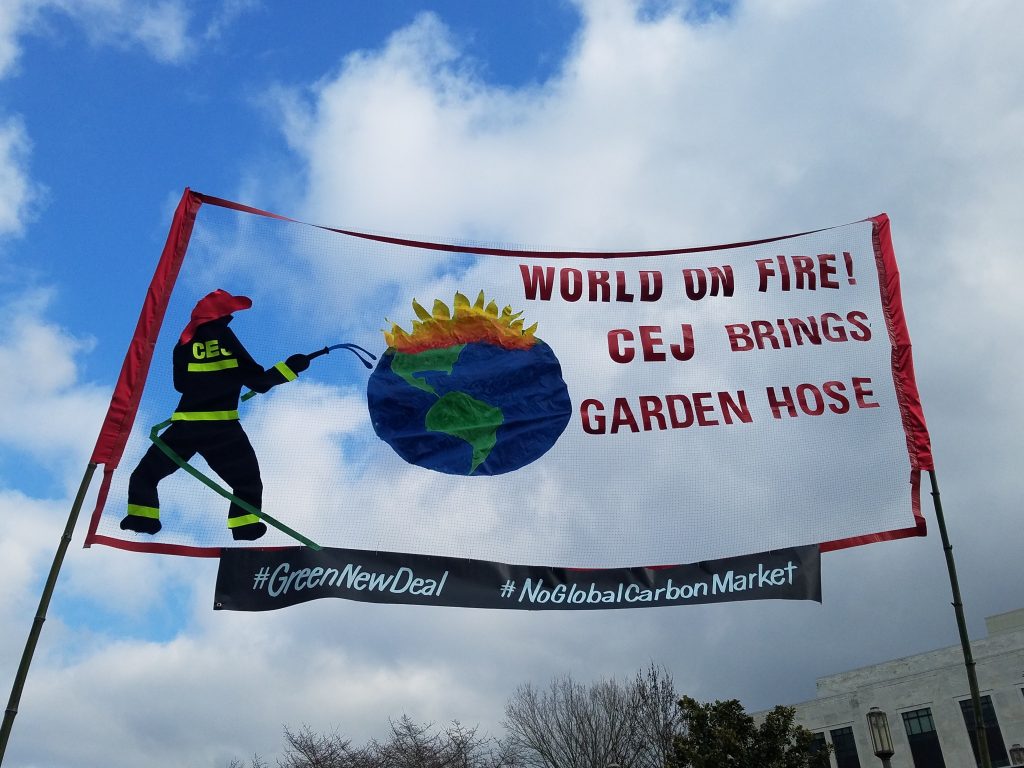 Activists with Portland Rising Tide are calling attention to major problems within the Clean Energy Jobs bill, including no limits on the construction of new fossil fuel infrastructure, use of carbon markets and carbon trading, and the proportion of the revenue that will go into the Highway Trust Fund, potentially leading to increases in greenhouse gas emissions.

Instead, activists are calling for a Green New Deal in Oregon that includes direct industry regulation, transformation of the food system, massive expansion of public transportation, and job programs.

“We’re out here today because we want to see serious action on climate change,” said Jesse Hannon with Portland Rising Tide. “We are very concerned that this bill is not going to do what it claims. Cap and trade has been a failure for 13 years, and with only 12 years left to significantly reduce emissions, we don’t have time to waste on policies that don’t work. We need something better and we need it now.”

Increasingly, Oregonians are concerned about climate change and calling for climate action. In response to the recent studies showing that irreversible climate tipping points could be reached as soon as 2030, people are calling for rapid carbon emissions reductions and a society-wide transition off of fossil fuels.

Portland Rising Tide is an all-volunteer network of climate justice activists organizing against the root causes of climate change.