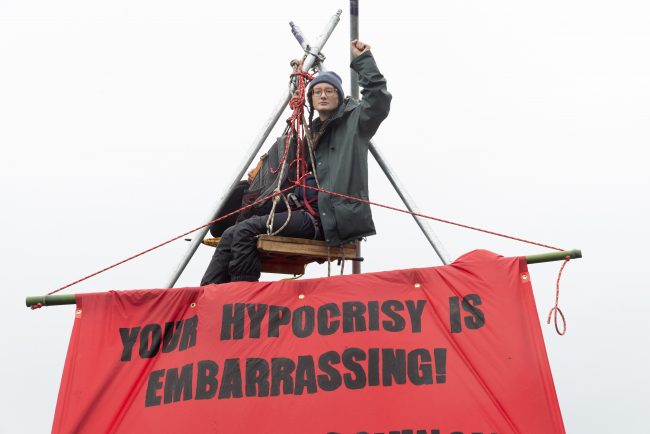 Vancouver, WA: Community members from Oregon and Washington blockaded a rail line at the Port of Vancouver, Washington today that is transporting pipe for the Trans Mountain Pipeline Expansion project. In early September, activists broke the news that pipe for the project’s construction is being imported by ship to the Port of Vancouver. Today’s action at the gates of Terminal 5 caused a major delay in loading pipe onto trains destined for British Columbia. 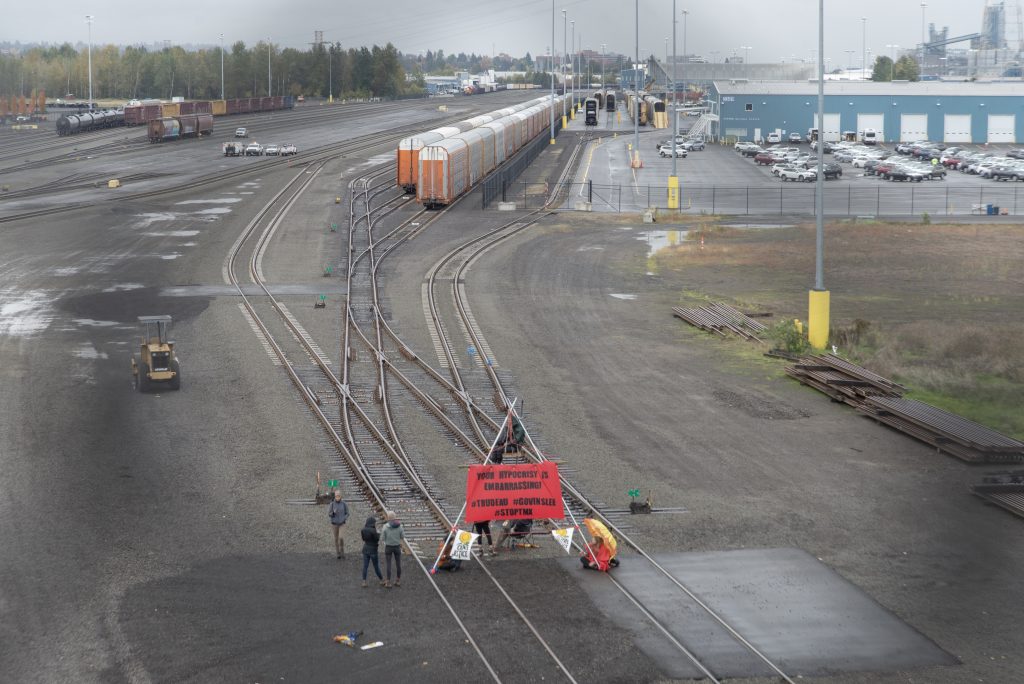 If constructed, the Trans Mountain Expansion would transport an additional 590,000 barrels of toxic, heavy crude every day from the Alberta Tar Sands to the shores of British Columbia. This boost in export shipments would increase oil tankers in the Salish Sea 700%, threaten endangered Orca whales, and violate Indigenous rights. Moreover, the emissions from such an expansion of tar sands oil production could spell game-over for our climate. This mega-project, which is larger than the controversial Keystone XL Pipeline, is opposed by Indigenous communities throughout the region, whose local waters, lands, and way of life would be directly threatened by project construction and the risk of an oil spill.

This action, organized by Portland Rising Tide and Mosquito Fleet, is part of a larger fight against the Trans Mountain Expansion that has been ongoing since 2014. Both organizations are working with other groups across the west coast of the U.S. and Canada to pressure Prime Minister Trudeau, Govenor Inslee and the Port of Vancouver, WA, who are all supporting this project. We demand they stop the Trans Mountain Expansion project immediately, respect the rights of Indigenous groups, and halt any further fossil fuel expansion.

You can support our work and donate to the legal fund here.