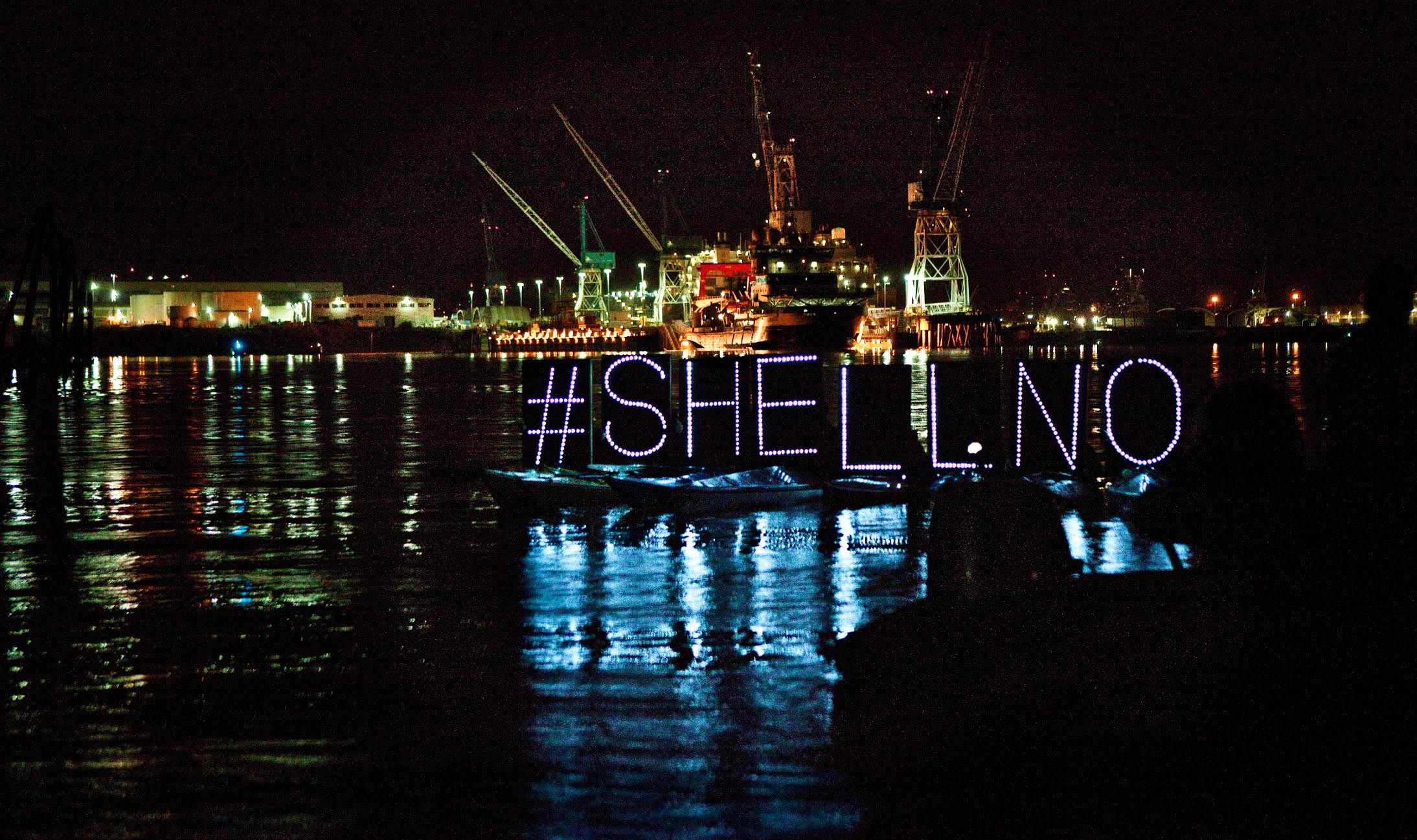 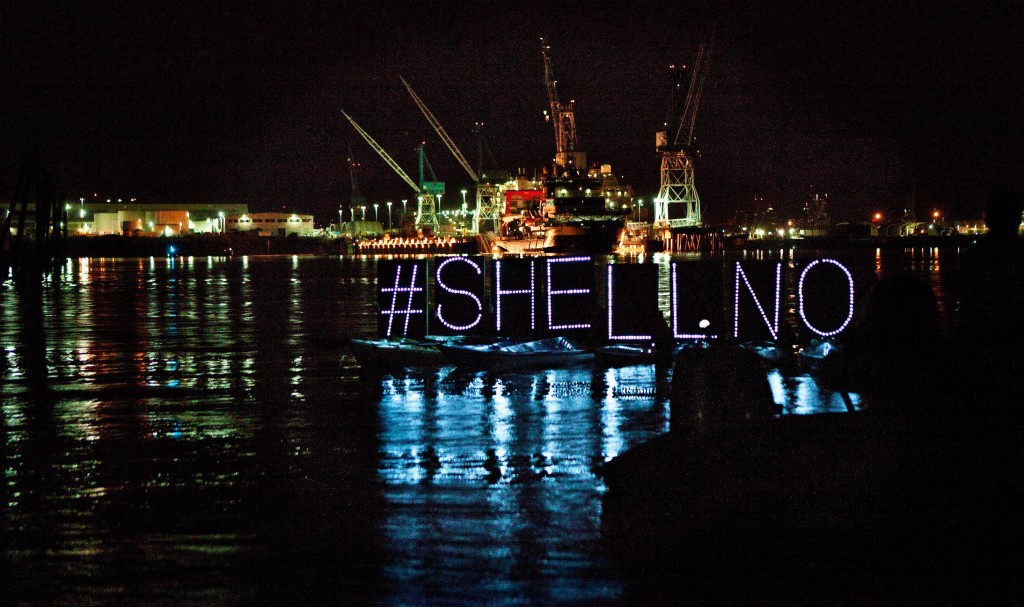 Portland, OR– July 30, 2015–  The Fennica, Shell Oil’s damaged ice-breaker, began to move at 5:45 a.m.  from the dock where it was being repaired for a damaged hull and was successfully turned back by a blockade of Greenpeace activists hanging from the St. John’s Bridge –which was closed to traffic–and Climate Action Coalition kayaktivists on the water.

As reporters began to speculate on whether the protesters had a plan B, Daphne Wysham said “There is no Plan B, just as there is no Planet B; we have no intention of moving until President Obama rescinds the permit for Shell to drill in the Arctic.”

“On the hottest day in Portland, OR in two years, activists are prepared to stay as long as required,” said Nick Caleb, an attorney with Our Children’s Trust. “We are doing this for the children and for future generations to come. Shell cannot take their future away.”

Dozens of local and regional activist were on alert and greeted the MSV Fennica upon its arrival around 3 a.m. on Saturday, July 25. The vigil at Cathedral Park began Monday on the banks of the Willamette River in anticipation of the icebreaker’s departure. Hundreds of protesters in kayaks and boats circled beneath the bridge throughout the first two days and nights of the departure vigil. Then, in the early hours of Wednesday morning, the kayaktivists were joined by 13 Greenpeace protesters who rappelled from the St. Johns Bridge, creating an aerial blockade. On Thursday morning, the MSV Fennica was successfully turned back by the blockades.

On Thursday afternoon, climate justice activist Jonah Majure, locked himself to a Burlington Northern rail bridge in NE Portland to further prevent the Fennica from leaving Portland. The bridge represents a choke point in the ship’s route because it must raise in order for the ship to depart Portland. Jonah vowed to stay locked to the bridge until he was forcibly removed or until “workers on MSV Fennica, Portland Mayor Charlie Hales, Oregon Governor Kate Brown or President Obama assert their power to put an end to Shell’s plans to drill in the Arctic”.

Portland police began arresting the bridge climbers Thursday afternoon.  After the cops cleared four climbers in the center of the bridge, kayaktivists took the waters below.  They were also arrested and detained by police and Coast Guard troops in a reckless melee endangering activists on the water as an estimated 500 people onshore chanted “Stop that Ship!” Just before 6 pm, the MSV Fennica passed beneath the nine remaining protesters hanging from the St. Johns Bridge on its journey toward the further destruction and desecration of sacred Arctic waters.

Popular resistance will continue to grow against Arctic and off-shore oil drilling, tar sands extraction, LNG exports, fracking, and the fossil fuel economy driving our planet toward annihilation at an exponential rate. Old alliances are becoming stronger and new alliances are forming in the war to save our planet. Join us!