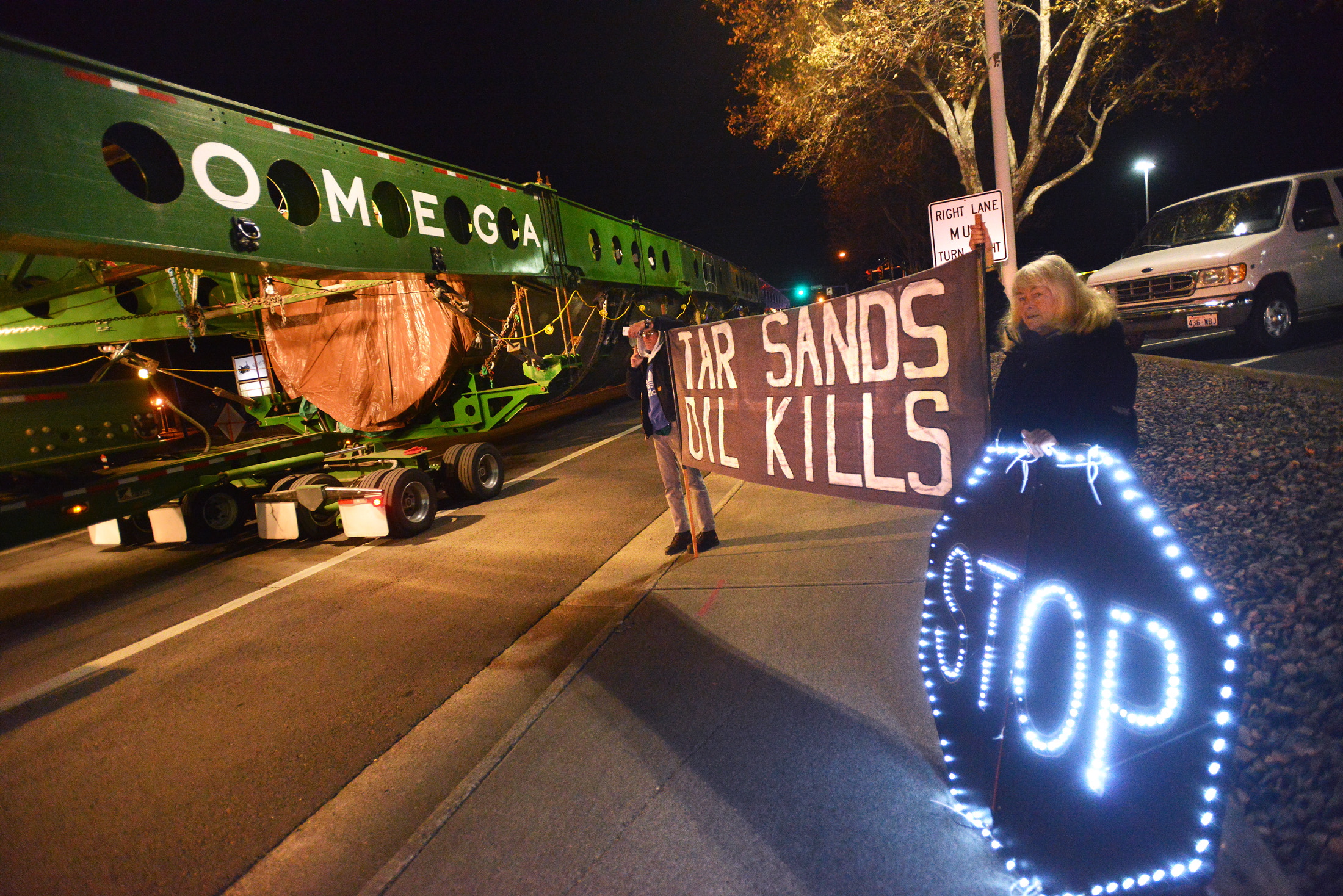 The audio clips below include KBOO interviews with Portland Rising Tide activists Yoko Silk and Trip Jennings regarding the December 16 arrest and detainment in John Day, Oregon of sixteen people who were in proximity to the Omega Morgan megaload now making its way through Eastern Oregon. As you will hear in the interviews, only some of the arrestees were actively protesting. Many others were observers and reporters who were standing nearby on the shoulder of the road, well within the law.

Interview with Trip Jennings on December 18, 2013

To find out how to join us in the effort to stop the megaloads and a whole host of other kinds of fossil fuel-based buffoonery click here.