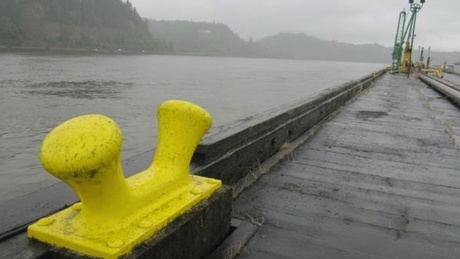 The port was denied another $2 million to reconstruct part of the dock, which would have been used for coal exports. Of 36 applications, it was the only denial.

The subsidies were recommended as part of a $42.3 million package of transportation funding through the ConnectOregon program. The program leverages state lottery dollars to pay for transportation projects such as airport runway upgrades, railroad improvements and dock expansions.

This year the list of grants included $4 million to expand a dock at the Port Westward near Clatskanie, Oregon, that is integral to both crude oil-by-rail and coal export projects. The commission approved half of the request from the Port of St. Helens, which owns the dock.

The port will receive $2 million to extend the dock and enable it to support mid-size tankers.

Massachusetts-based Global Partners currently uses a dock to load crude oil onto barges in the Columbia River, bound for refineries along the West Coast. Ambre Energy of Australia also planned to use the dock as a transfer site for coal in its Morrow Pacific project to export coal to Asia. That project was denied a crucial state lands permit this week.

Another $2.9 million was approved for safety improvements along the rail line in Rainier, Oregon, by adding gates, curbs, signals and intersection closures to separate trains from pedestrian and vehicle traffic. As a consequence, more oil trains would be allowed to move through town at a faster pace on their way to the Global Partners oil terminal. The safety features would allow the number of oil trains to increase from 24 a month to 38 along that route. Oil train speeds could increase from 10 miles per hour to 25 mph.

Opponents of crude-by-rail and coal exports have urged the state not to spend public money to help developers of two controversial fossil fuel projects.

“Increasing crude oil unit train traffic would not ‘connect Oregon,’ but divide it,” wrote Brett VandenHeuvel, executive director of Columbia Riverkeeper, in a letter to the transportation commission. “Subsidizing the expansion of crude oil shipping at Port Westward will lead to increased crude oil unit train traffic through large and small communities in Eastern Oregon, the Gorge, Portland, and Columbia County, further impairing transportation connectivity for ordinary Oregonians and jeopardizing the safety of anyone living or working near these dangerous oil trains.”

“The safety emergency is real, but it was created by the Port and Global Partners to bring hundred-car trains full of explosive crude oil through Columbia County in unsafe tank cars on unsafe tracks,” he said. “This is an impossible situation being forced on the community by the Port and its grandiose scheme for coal and oil export.”

Port of St. Helens Director Patrick Trapp said the dock expansion at Port Westward wouldn’t only benefit the oil and coal companies planning to use it in the near future. It will also help the public port as a whole and its future tenants, he said.

“This allows us to turn what we consider a single berth dock into two berths,” Trapp said before the state’s decision. “Port-owned assets in fact are used to attract a multitude of customers and this is investment in that infrastructure.”