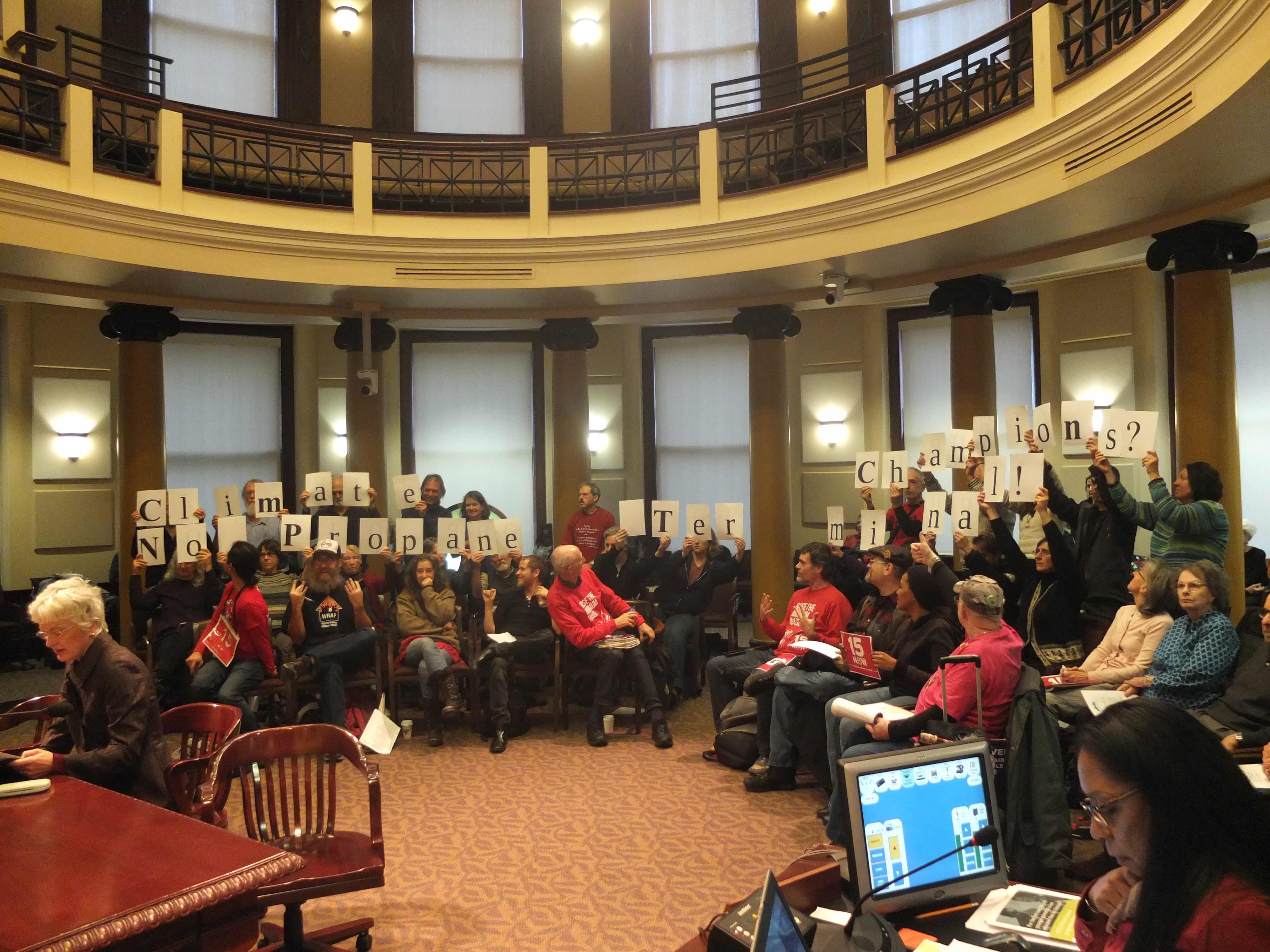 The following is a press release from the Climate Action Coalition:

Two weeks after the White House awarded the City of Portland and 15 other cities across the U.S. the title of “Climate Action Champion,” Oregon’s Climate Action Coalition says Portland Mayor Charlie Hales is in danger of being viewed as a “climate hypocrite” for pushing forward on a plan for a major propane export terminal in the city. Mayor Hales has expressed public support for the terminal. Yet two weeks ago, when receiving the Climate Action Champion award from President Obama, Hales stated that it is time for Portland “to think smarter, to demand more of ourselves.”

“We think the best way for Mayor Hales to think smarter about his legacy as either a climate champion or a climate hypocrite is to put an end to fossil fuel infrastructure development in the City of Portland, starting with a proposal being developed by one of the most profitable companies in the Canadian tar sands of Alberta, Pembina,” said Dr. Adriana Voss-Andreae, Chair of 350PDX.

Dr. Kelly O’Hanley, a physician with 25 years of public health experience in 37 countries, submitted comments on behalf of the Climate Action Coalition (CAC) on the proposal by Pembina Pipeline Corporation to build a propane terminal at Portland’s City Council meeting the morning of Dec. 17, 2014. The CAC, whose members include Portland Rising Tide, 350PDX, Center for Sustainable Economy, First Unitarian Church Community for Earth, Portland Raging Grannies, Portland Greenpeace Working Group and Portland Bike Swarm, is opposing the terminal both for the climate impacts this proposal would have globally and for the environmental impacts the terminal would have locally and in Alberta. The proposal calls for an initial daily shipment of 37,000 barrels of propane which, when burned, will emit some 3,601,820 tons of CO2 per year, equivalent to annual emissions from 760,000 passenger vehicles, or 1.5 times the emissions from all of the passenger vehicles registered in Multnomah County in 2013. Pembina, a Canadian fossil fuel company operating in the tar sands and elsewhere in Alberta, wants to ship dangerous liquefied propane (LPG), a byproduct of fracked oil and gas, by rail from Canada to Asia from Terminal 6 in Portland. Portland is on the verge of rolling back its environmental code along the Columbia River, including a 1989 law that prohibits the transport of hazardous materials, like LPG via pipeline through conservation zones including the critical riparian areas along the shores of the Columbia. 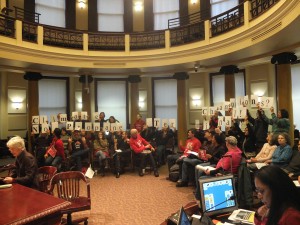 “This terminal provides yet another economic incentive to the fracking industry, while undermining an urgent need for all of us to transition to clean and safe renewable energy,” said Rev. Kate Lore, Social Justice Minister at Portland’s First Unitarian Church.

“We need Mayor Hales to be a true climate champion, not turn Portland into a magnet for dirty and dangerous fossil fuel exports,” said Daphne Wysham, Climate Policy Fellow with Center for Sustainable Economy.

At the recent Lima UN Climate Summit, every country around the world agreed to reduce their greenhouse gas emissions. President Obama has set a target of overall emissions reductions for the United States of 26-28 percent below 2005 levels by 2025. Portland’s own goal is to reduce 1990 emissions by 40% in 2030 and by 80% in 2050.