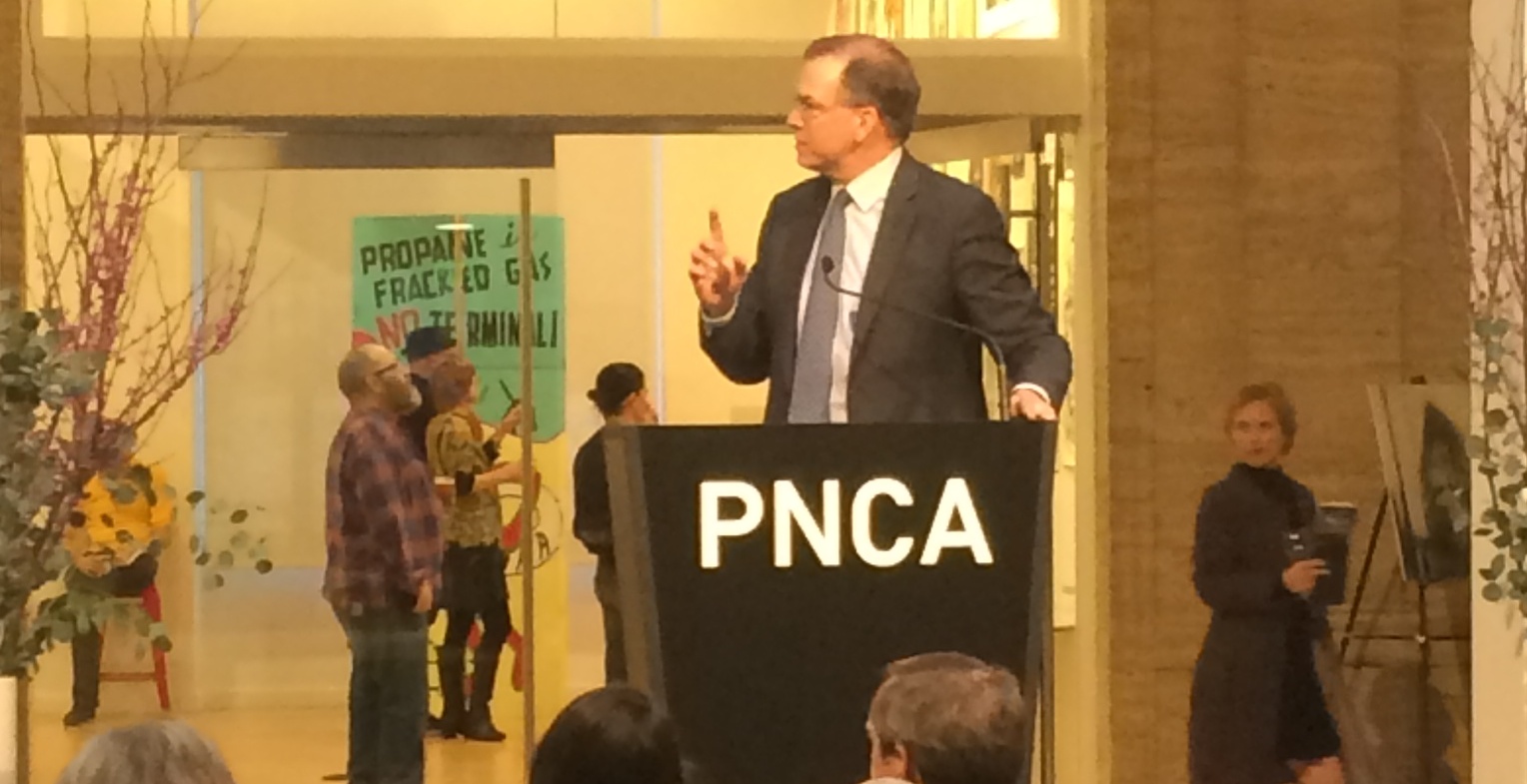 Portlanders have made it clear–

We don’t want a Canadian-fracked China-exportin propane terminal in Portland! 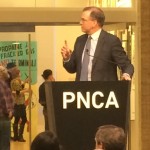 A controversial propane export terminal that many assumed died when Mayor Charlie Hales yanked his support could get a second chance at City Hall.

Portland Commissioner Nick Fish says he has asked the city attorney to determine if Pembina Pipeline Corp has a legal right to a hearing on the zoning change it is seeking to move the project forward.

The city planning commission has recommended the zone change, which requires city council approval. A hearing would bring up the matter for a vote.

Fish said he hasn’t decided whether to support the project. But if Pembina is entitled to a hearing, he intends to talk with company officials about bringing the issue before the council for a vote.

“I think at some point the integrity of the building is at stake,” he said.

Hales was the project’s most prominent champion until two weeks ago, when he abruptly decided that community opposition to the project was too strong. He also concluded that Pembina had not established that the project met the city’s environmental standards.

Hales didn’t cite specific standards, but he pulled the zoning change from the council’s June 10 agenda and said he wouldn’t put it back on.

The move was applauded by neighborhood groups and environmental advocates, who vehemently oppose the project. But it left Pembina in limbo, and many in the community questioning whether the city was running a fair and transparent process.

It’s a question that’s has swirled around the propane terminal since the Port of Portland and the mayor unveiled the project last September. Opponents claim environmental and safety reviews have been inadequate, and that city leaders were expediting the project without adequate vetting.

Portland’s Planning and Sustainability Commission narrowly recommended the zone change needed at the Port of Portland’s Terminal 6. The change would allow the company to run a pipeline over a narrow strip of land currently zoned for conservation.

The zoning change is key hurdle for moving the project forward, and Pembina executives were in town earlier this week drumming up support to get the project back on track at City Hall. The business community is lobbying commissioners to do the same.

Even if the zoning decision goes to the council, it’s not clear it will pass. None of the other commissioners has committed to support the project.