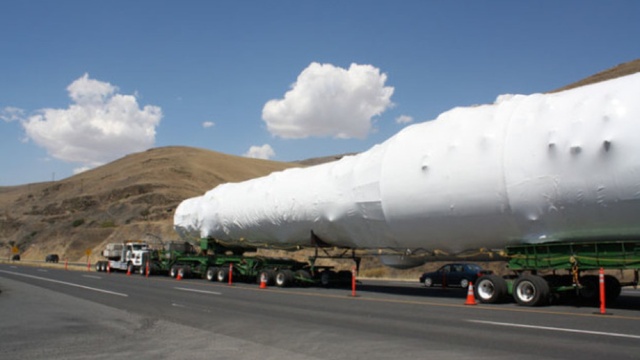 Two large pieces of oil equipment crossing the Northwest are expected to start moving again in the new year.

The past year has been full of stops and starts for the huge shipments known generally as “megaloads.” The closure of one controversial route is only opening up other conflicts likely to continue into 2014.

This route is plan B. Over the summer, a federal judge closed Idaho’s scenic Highway 12 to megaloads, a victory for protesters.

Yet the alternatives are also meeting resistance. Adrienne Cronebaugh of the Kootenai Environmental Alliance in north Idaho is worried about a new plan by the shipper Mammoet. It’s trying to send a trio of 1.6 million-pound loads through Coeur d’Alene in early 2014.

The pushback to megaloads has prompted shipping companies to step up local public outreach efforts. A representative of Mammoet says added security is also now a standard part of the cost of moving a megaload.