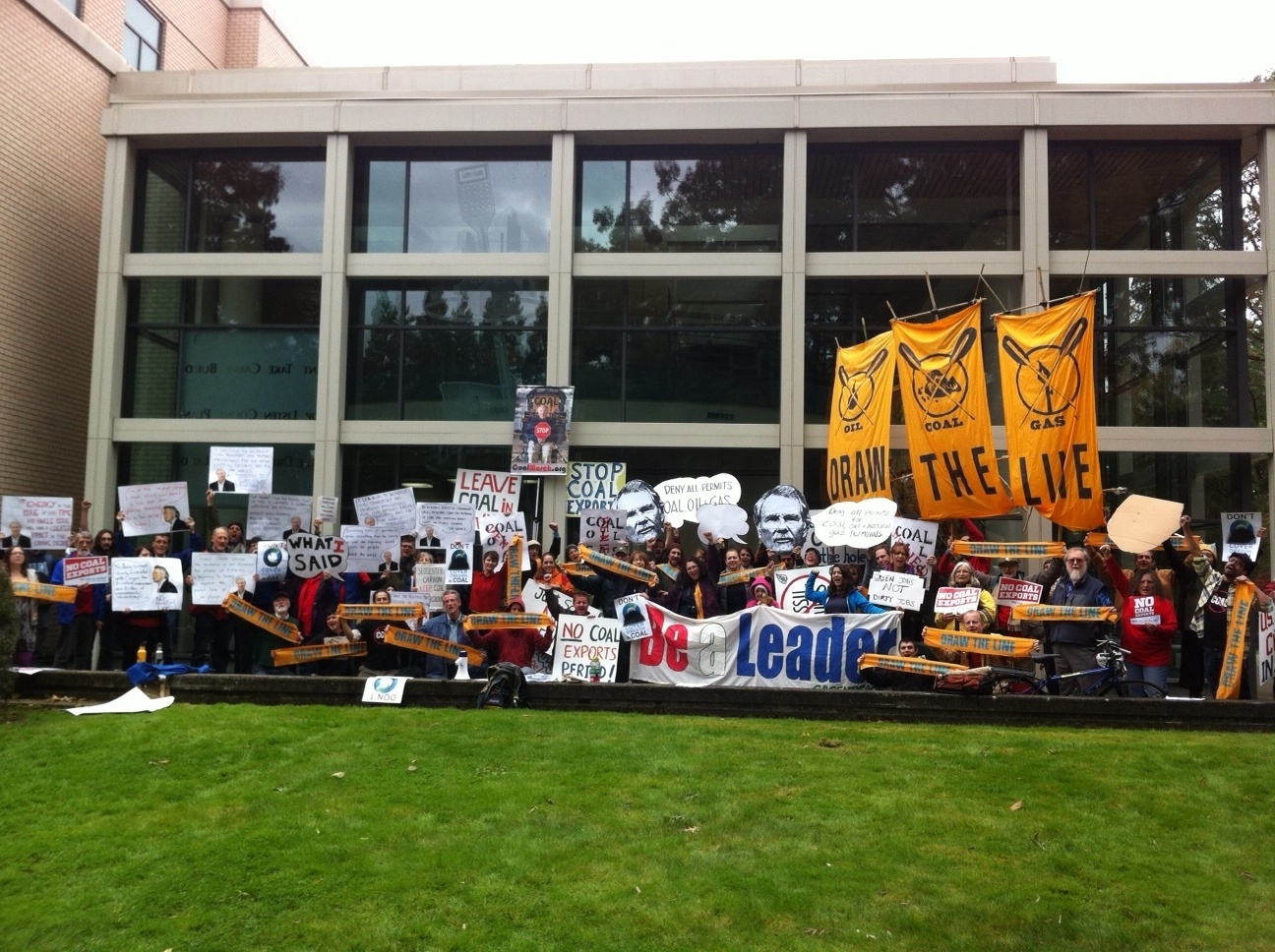 On Tuesday morning, October 8, a rally took place in which participants  demanded that Governor Kitzhaber show leadership and take action on climate change.   Together, we made it clear that Oregonians insist that the Governor and the State Land Board (SLB) utilize the full power of their positions to stop all new fossil fuel infrastructure projects in our state.  Organized by Portland Rising Tide, Greenpeace, and 350.org, this was the first time the Governor has been publicly pressured to take action against all coal, oil, and gas terminals proposed for Oregon.

One of the first opportunities for the SLB to take action will be denying Ambre Energy’s Morrow Pacific Project permit.

Member of Portland Rising Tide and one of the speakers Caroline Hudson said,  “If more fossil fuel development is approved, the environmental impact will be felt all over the world, by my generation and the unborn, long after everyone on the State Land Board is dead and gone. Yet these decisions are still being made without us. With something as overwhelming as climate change, it’s easy to feel hopeless but our communities have the power to stop any coal, oil, gas terminals and we hope the Governor joins us.”

Michael Gaskill, also a member of Portland Rising Tide, addressed the State Land Board, and directly asked Governor Kitzhaber to state his opposition and willingness to take all action available to him to halt any new coal, oil, and gas construction in Oregon. The Governor declined to take this stand, voicing only that he felt climate change was an important issue.

RT will continue to organize and take action until all new fossil fuel infrastructure is abandoned; conservation, lifestyle change and renewable energy will take its place.