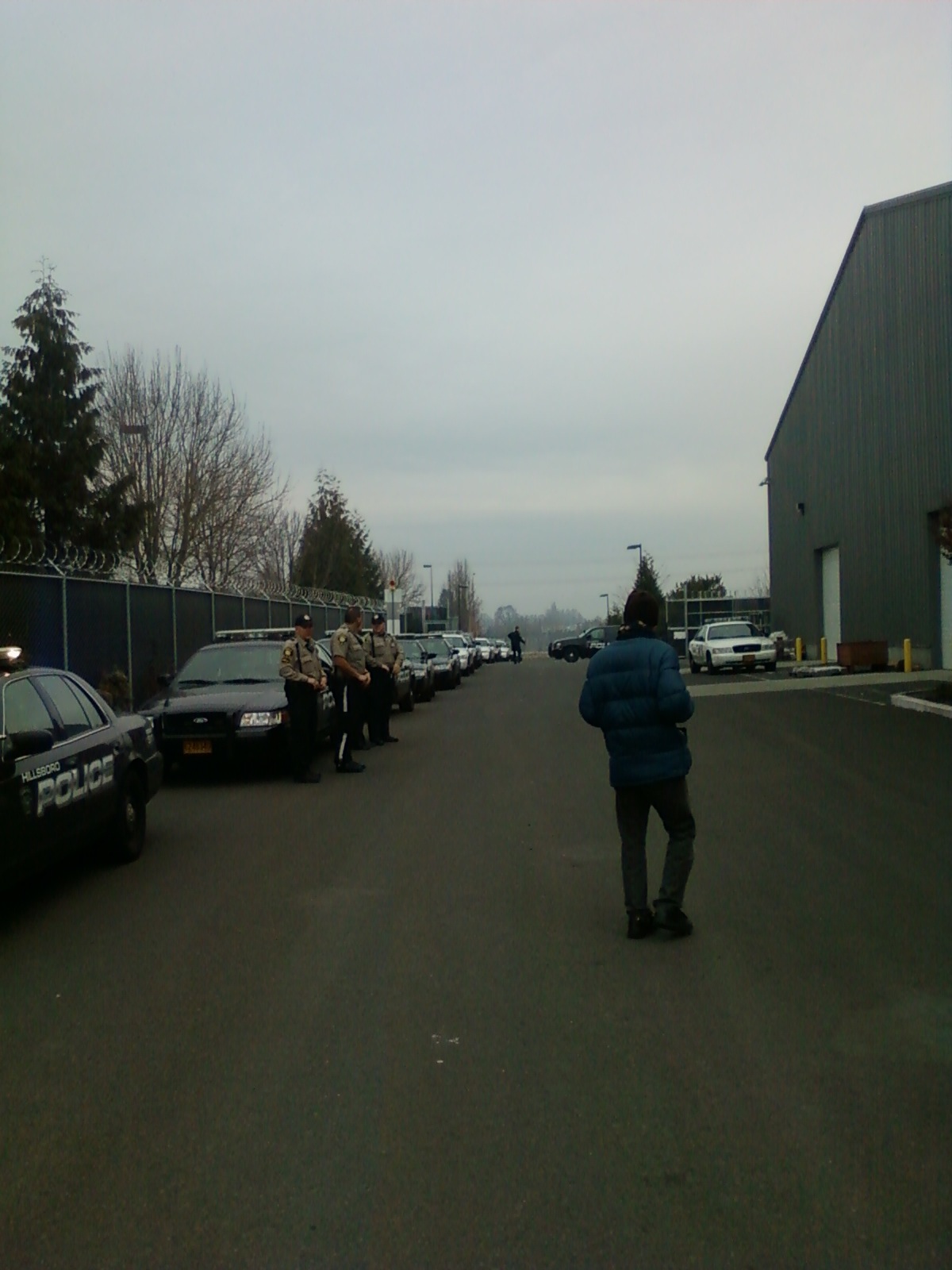 Earth First Newswire — December 13, 2013 — Employees at the Omega Morgan corporation were surprised to find a boisterous crowd of climate justice activists in their Hillsboro office challenging their role in tar sands extraction.

The activists burst into a meeting with chants and banners, causing the meeting to disperse. One protestor then read a letter to employees of Omega Morgan demanding that they stop moving mega loads and cut ties to tar sands extraction.

An employee denied the activists’ demand to meet with the CEO, because they weren’t on the schedule, prompting Mike Gaskill with Portland Rising Tide to declare, “Omega Morgan moved mega loads through Umatilla land without asking, so we aren’t the only ones who show up without being on the schedule.”

Pictured:  18 cop cars parked outside of the office; 11 cops formed a line inside of the lobby to keep activists from leaving. Police insisted that the activists leave or be arrested,; one of the cops reportedly delivered a letter from Portland Rising Tide to the CEO of Omega Morgan.

Hillsboro police spokesman Michael Rouches said no one was cited or arrested.

“They were very peaceful,” Rouches said. “They were saying whatever they needed to say, and they split.”

This is one of several actions in the last 2 weeks, including an office occupation in Fife, WA, by Seattle Rising Tide in solidarity with protestors who stopped the Omega Morgan megaload from rolling out of the Port of Umatilla by locking down to the 380 foot long behemoth.