Near the Port of Umatilla two people locked down to a megaload of equipment bound for the Alberta tar sands halting its planned departure at 10:00 PM as tribal members and climate justice groups rallied nearby. The equipment, a 901,000 lb. water purifier 22 feet wide, 18 feet tall and 376 feet in length was met by fifty people and was prevented from departing as scheduled. It had planned to leave the Port of Umatilla, head south on 395, then east on 26 on Sunday night.

This week’s protest was larger than a similar protest last week as news of the shipment has spread throughout the region. An estimated 50 people greeted the megaload with signs as it’s schedule departure time neared. Before it could depart two participants locked themselves to the trucks hauling the megaload, the first time they have been blockaded in this way. This is the first of three megaloads the Hillsboro, OR based shipping company Omega Morgan has scheduled to move through the region in December and January. Similar loads sparked major protests moving through Idaho and Montana including a blockade by the Nez Pierce tribe in August.

Please join on Thursday for an info and planning meeting about what happened tonight and how you can get involved! There are two more megaloads scheduled to move through Oregon over the next two months.

If you’d like to get updates or just want to be kept further in the loop about Northwest megaload resistance click here! 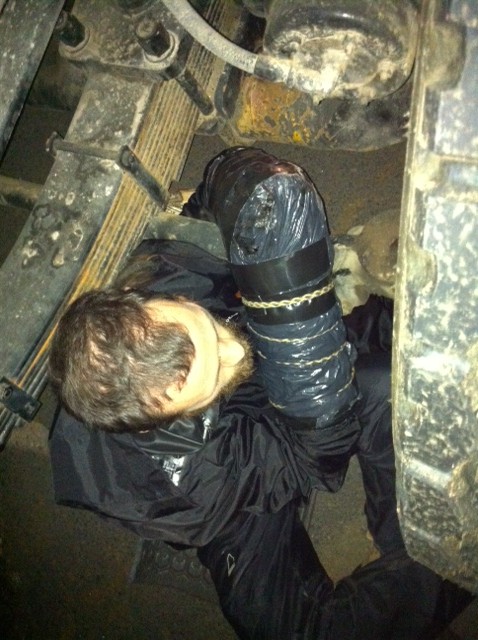 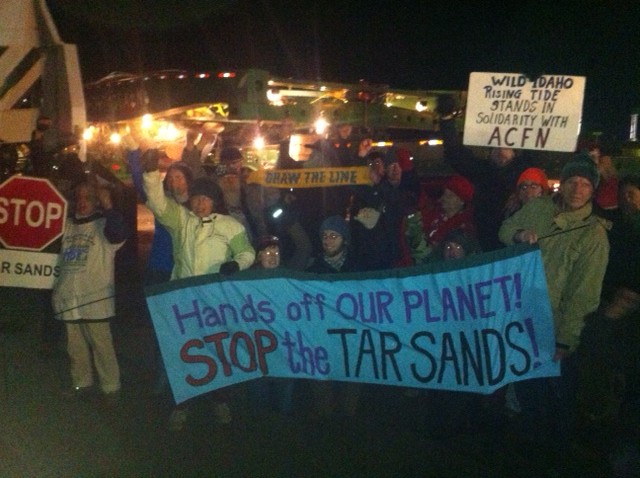 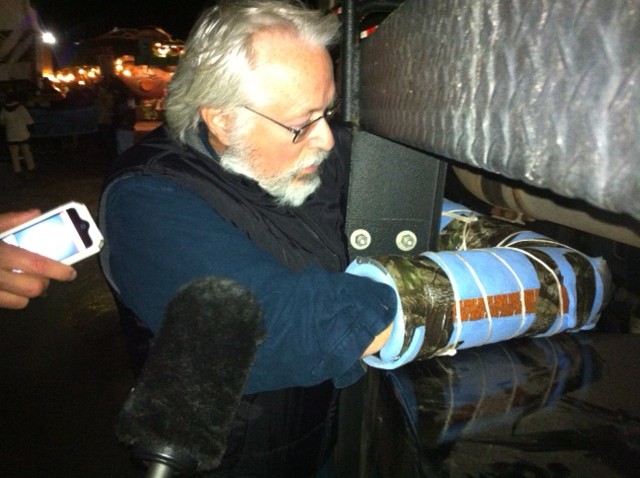 Tar Sands and Megaload background information and links:
-Following years of amazing resistance by the Nez Perce and other allies in Idaho, Including Wild Idaho Rising Tide, companies shipping critical tarsands equipment (megaloads) have been forced to explore ever more bizarre and circuitous routes to get to Alberta, Canada, and the most destructive project on earth.

-The Umatilla Tribe has officially stated that they oppose the shipment.
-This load is a 900,000 lb., 380 ft long, water purifier bound for the Alberta Tar Sands. It will be making it’s way through Oregon, into Idaho, Montana and Alberta.-Omega Morgan is a shipping company based near Portland, OR and is profiting greatly off the tar sands. They have been working to establish a viable route from the Columbia River to the tar sands in order to import equipment built overseas.-The company and state have either not or only nominally consulted the Umatilla and Warm Springs Tribes and Oregon citizens in rushed decisions about this colossal venture that could degrade public infrastructure and establish a “high and wide” corridor for industrial shipments to the most destructive and outmoded, fossil fuel extraction undertaking on Earth: Alberta tar sands mining.
The megaloads  present an opportunity to confront the tar sands expansion on our home turf; as climate justice activists we must seize this opportunity.
http://www.eugeneweekly.com/20131121/news-briefs/megaloads-coming-eastern-oregon-roads
http://www.coalmarch.org/megaloads/
Read more about the protests last week