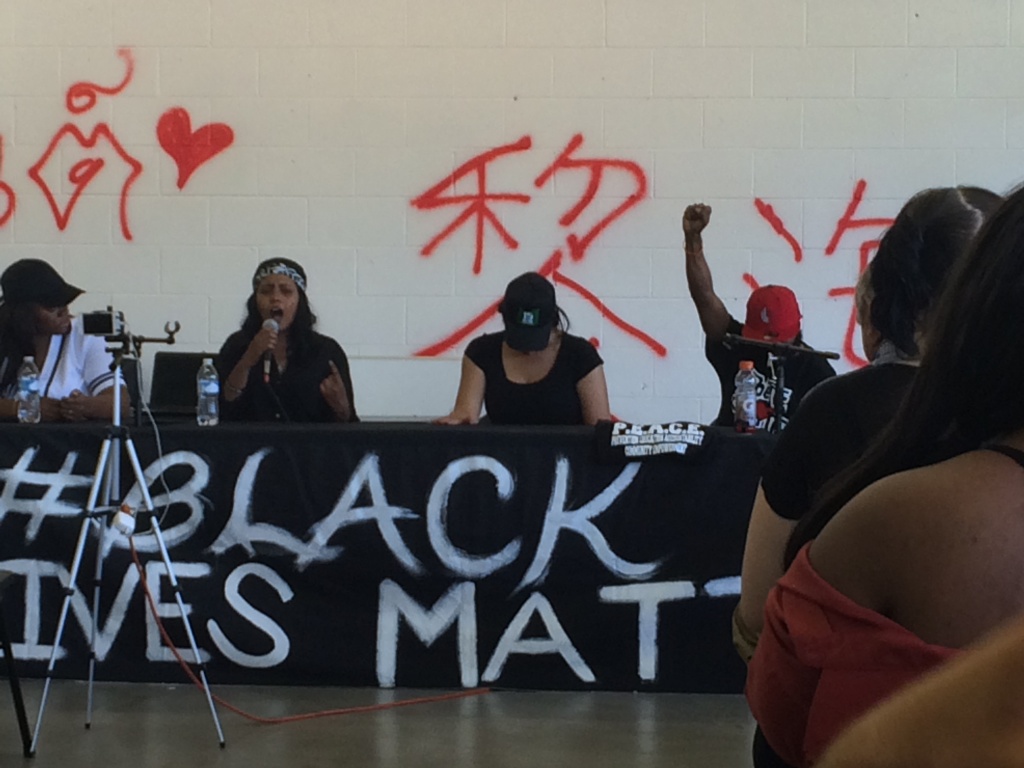 “We are citizen advocates united in protest

August 9, 2015 — The third day of a community action panel sponsored by  Don’t Shoot Pdx culminated with the arrest of two peaceful protesters after a 4.5 minute blockade at the intersection of SE 82nd Avenue and Division had already ended.

After a panel of five  community activists spoke passionately to a roomful of about 50 supporters, a four and a half minute blockade of the intersection was executed to symbolize the four and a half hours that Michael Brown’s body was left in the street before he was finally removed by Ferguson police one year ago. The unarmed African-American teenager was shot and killed by a white Ferguson, Missouri police officer August 9, 2014. 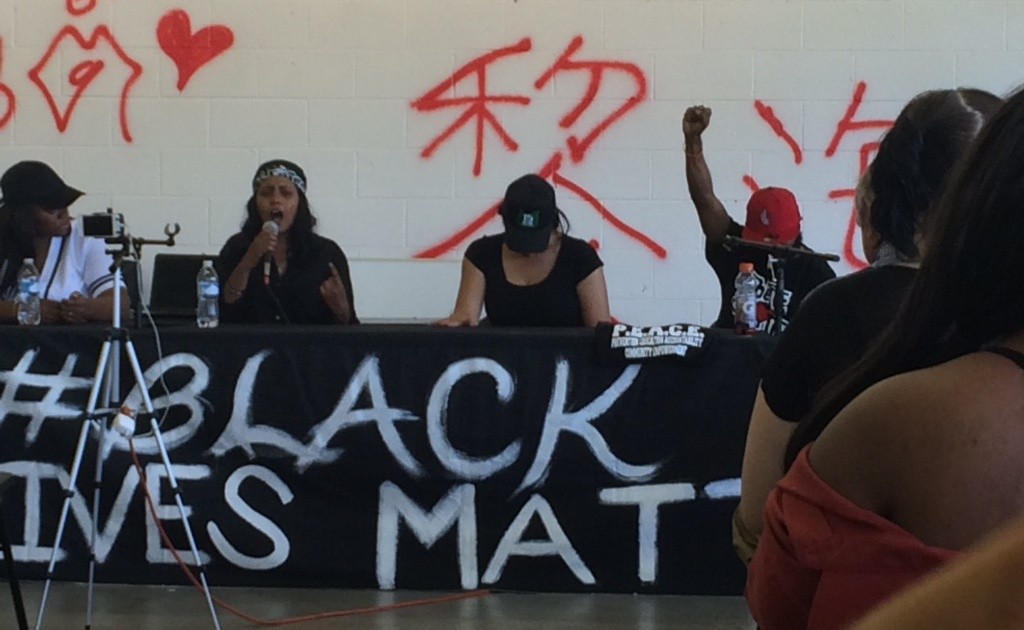 Before she was arrested, Teressa Raiford addressed ongoing racism and oppression endured by the Black Community. Referring to yesterday’s scuffle in Seattle at a Bernie Sanders rally, Teressa called the incident “a distraction” and said “Today isn’t about Senator Sanders and his politics– today is about Michael Brown”.

Pagan told the Oregonian that “Raiford was standing in the street to lead protesters who had moved to the sidewalk”.  The group then witnessed police putting Teressa and fellow activist, Diane Chavez into handcuffs and into a car.