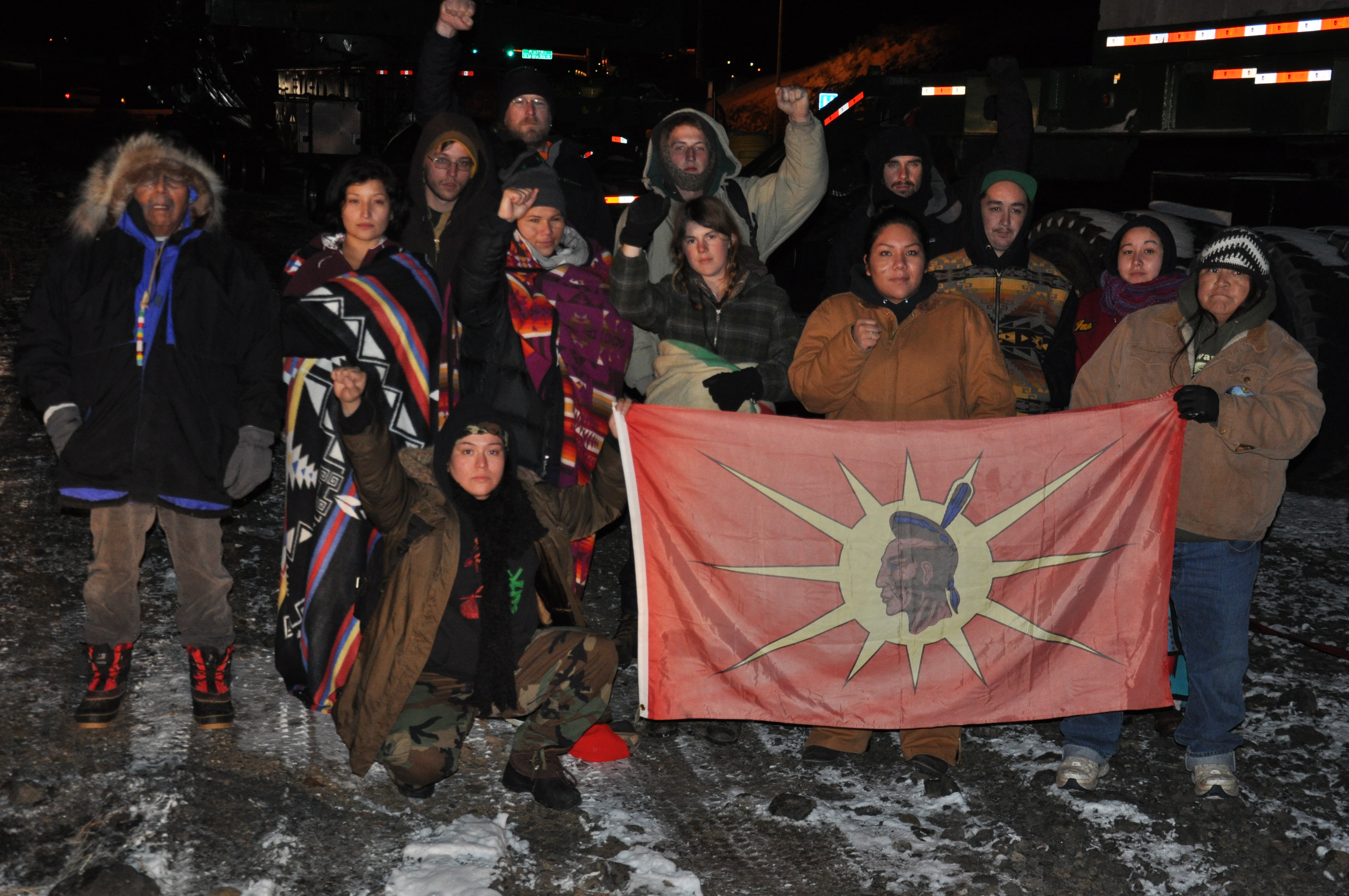 Kayla Godowa-Tufti, December 3, 2013 –  Members of the Confederated Tribes of Umatilla Indian Reservation and friends gathered tonight in Pendleton, Oregon to hold ceremony at the site where the Omega Morgan “mega load” remains.

Oregon Department of Transportation confirmed that freezing weather and last nights snow storm has prevented the load from moving tonight.
Elders and many young leaders from CTUIR came out to speak from their hearts about how this haul will threaten the values and traditions that we hold so dearly to us in the Columbia River Plateau.

Omega Morgan, the shipping company, is attempting to move equipment along a rural highway in Oregon, in hopes to avoid the recent controversy they faced in Nez Perce territory.

The ceremony and resistance will continue as Omega Morgan attempts to make it through snow and ice within our homelands.

–Kayla L. Godowa-Tufti is an active member of the Confederated Tribes of Warm Springs of Oregon