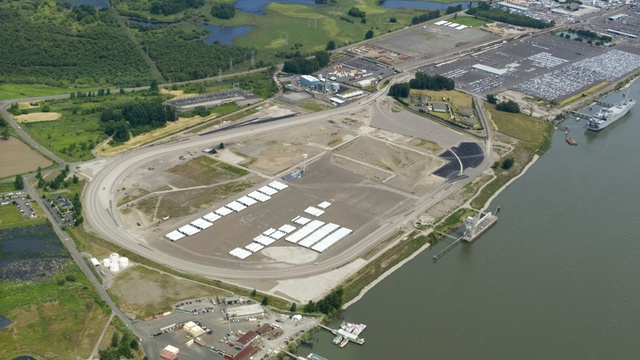 May 1, 2014 — The Columbian —  The Port of Vancouver on Wednesday released an updated version of its lease for the Northwest’s largest oil-by-rail transfer terminal, featuring fewer censored details but maintaining redactions of key issues the port considers sensitive.

The port released the updated version of its lease (429 pages in electronic format) with Tesoro Corp. and Savage Companies in response to multiple requests made in April by various parties, including the Columbian and The Oregonian newspapers, Theresa Wagner, the port’s communications manager, said Wednesday.

One revelation: The port is allowed to terminate the lease if Tesoro and Savage fail to launch construction within four months after both parties are presumed to have fulfilled certain other contractual obligations.

Previously, the port had censored the companies’ construction timeline.