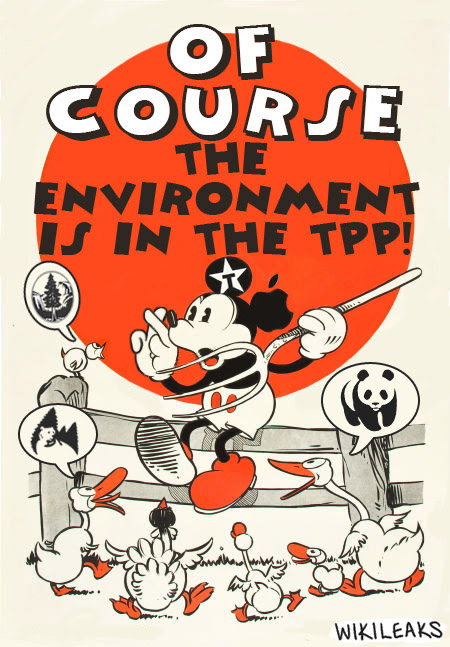 ecowatch.com — Brandon Baker | January 15, 2014 — The U.S. and 11 other Pacific Rim countries aren’t on the same page regarding environmental policies within the Trans-Pacific Partnership (TPP) trade pact, and the dissension has been exposed by WikiLeaks.

Organizations who have viewed the leaked version of the TPP’s environment chapter say it shows that the U.S. could ease up on pollution control requirements, a shark fin harvesting ban and other regulations it had previously been negotiating for. Ilana Solomon, director of the Sierra Club’s Responsible Trade Program, told The New York Times that the environment chapter no longer contains language she believes would have ensured that more trade doesn’t equate to destruction of the environment.